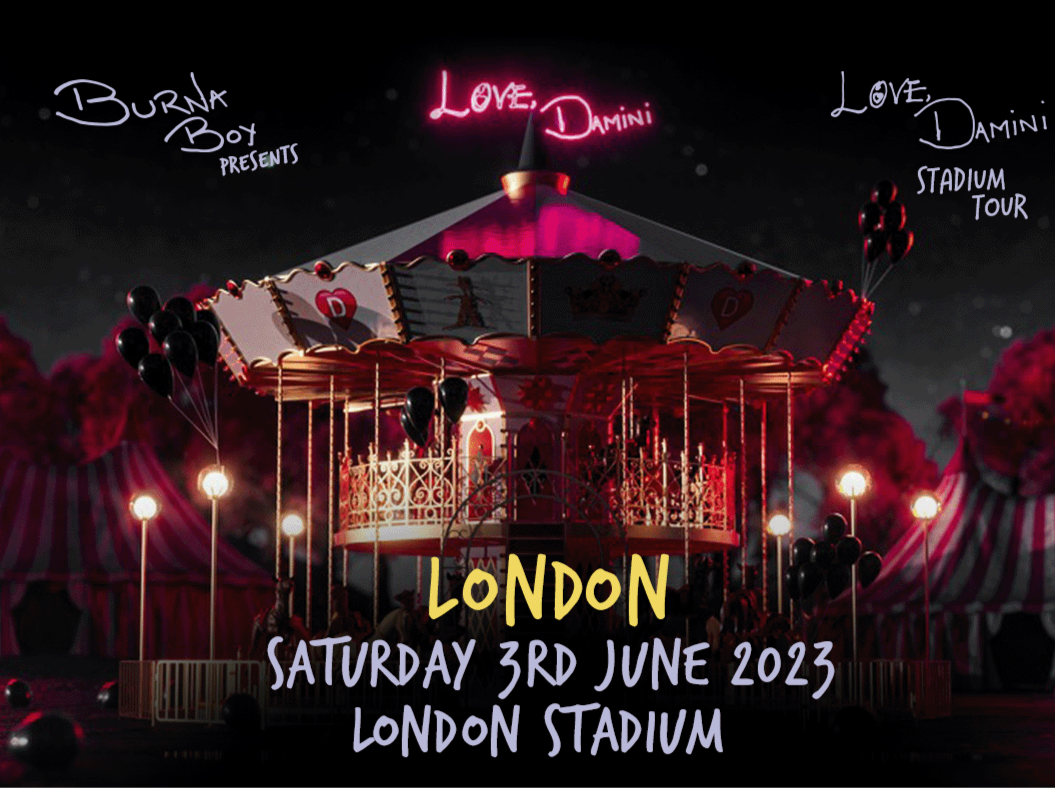 Grammy award-winning Burna Boy has announced his Love, Damini concert at the London Stadium, located at the Queen Elizabeth Olympic Park next year! Set to become the first ever African artist in history to headline a UK stadium, this show is expected to be a huge spectacle that will hand us an experience to remember. So, calling on all Burna fans, old & new - head over to the iconic London Stadium on June 3rd, 2023 & prepare yourself for an incredibly electrifying experience.

“London Stadium is going to be my fairground! I’ve been told that I couldn’t achieve anything because of where I came from, I hope this can show people that when you have a dream it doesn’t matter where you’ve come from, your dream can come true. This is going to be legendary; its history and I can’t wait for you to all be a part of that.”  - Quote from Burna Boy 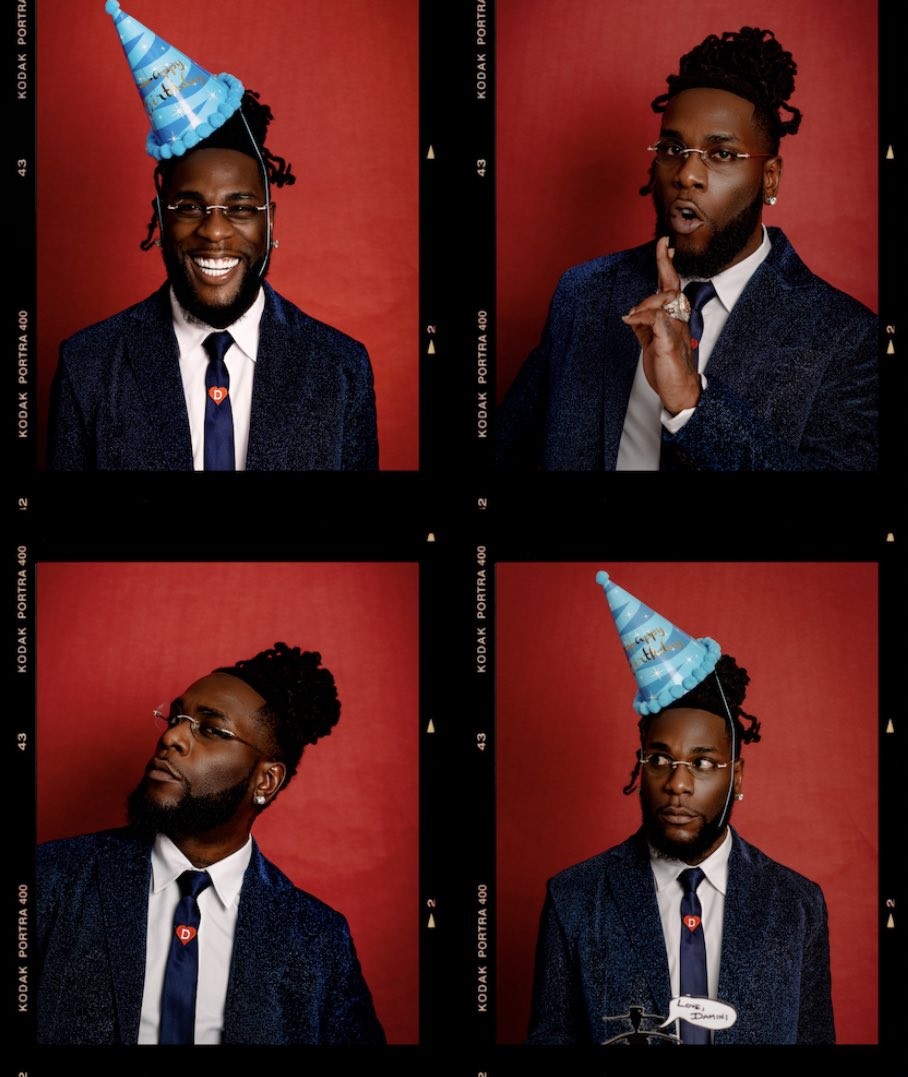 Burna Boy was born Damini Ogulu in Port Harcourt, Rivers State, Nigeria in ‘91. He began making music at just ten years old & when he was a teen, he began to take his craft seriously, immersing himself in not only Afrobeats but Dancehall and Reggae too. He relocated to London to complete a degree at The University of Sussex and then soon returned to Nigeria, where he carried on pursuing his music career. Circa 2010, Burna Boy found himself being one of Nigeria’s fastest-rising stars and in 2012 his hit Like to Party broke into global mainstream. From then, Burna has only been getting bigger & bigger – known for his gripping vocals, spellbinding stage presence & infectious charisma. Now he has released his sixth album and we’re all here for it! 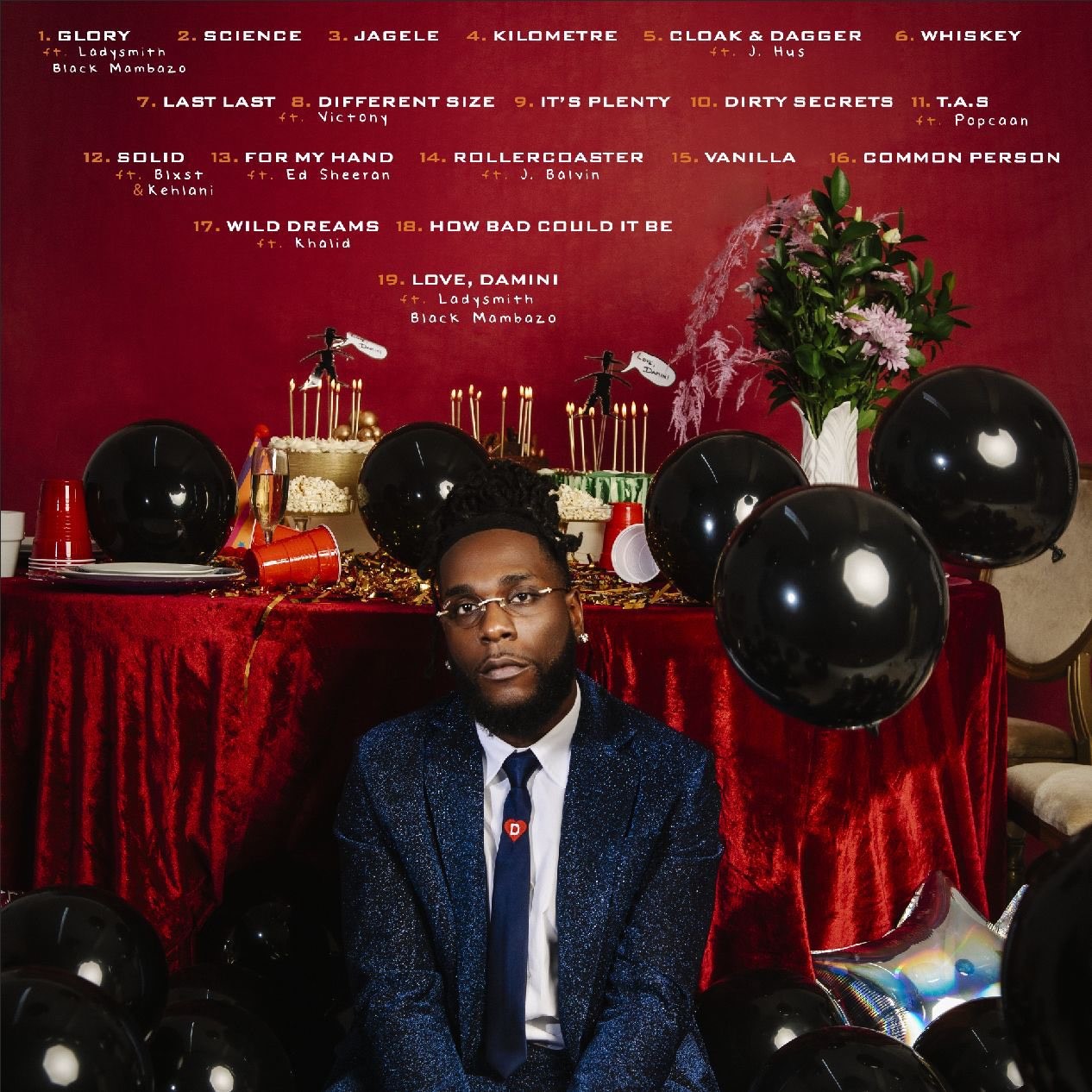 Burna Boy released his sixth album Love, Damini – the title containing his first name. This album, he said at his album launch party, is a ‘personal’ one and was released on the 8th of July (his birthday week which is reflected in this album’s artwork!) Two singles are included on his album – one of which we all know well... Last Last , our summer anthem which is still thriving internationally! The album also includes many guest appearances including Ed Sheeran, J Hus, Kehlani, Blxst and more... which gets us very excited to see who’ll be giving us a surprise appearance at his show!

So, guys if you’re ready to witness a legendary moment right before your eyes it's time to make those bookings! Tickets are now out – no rush but this one is HIGHLY expected to sell out fast – just sayin’. 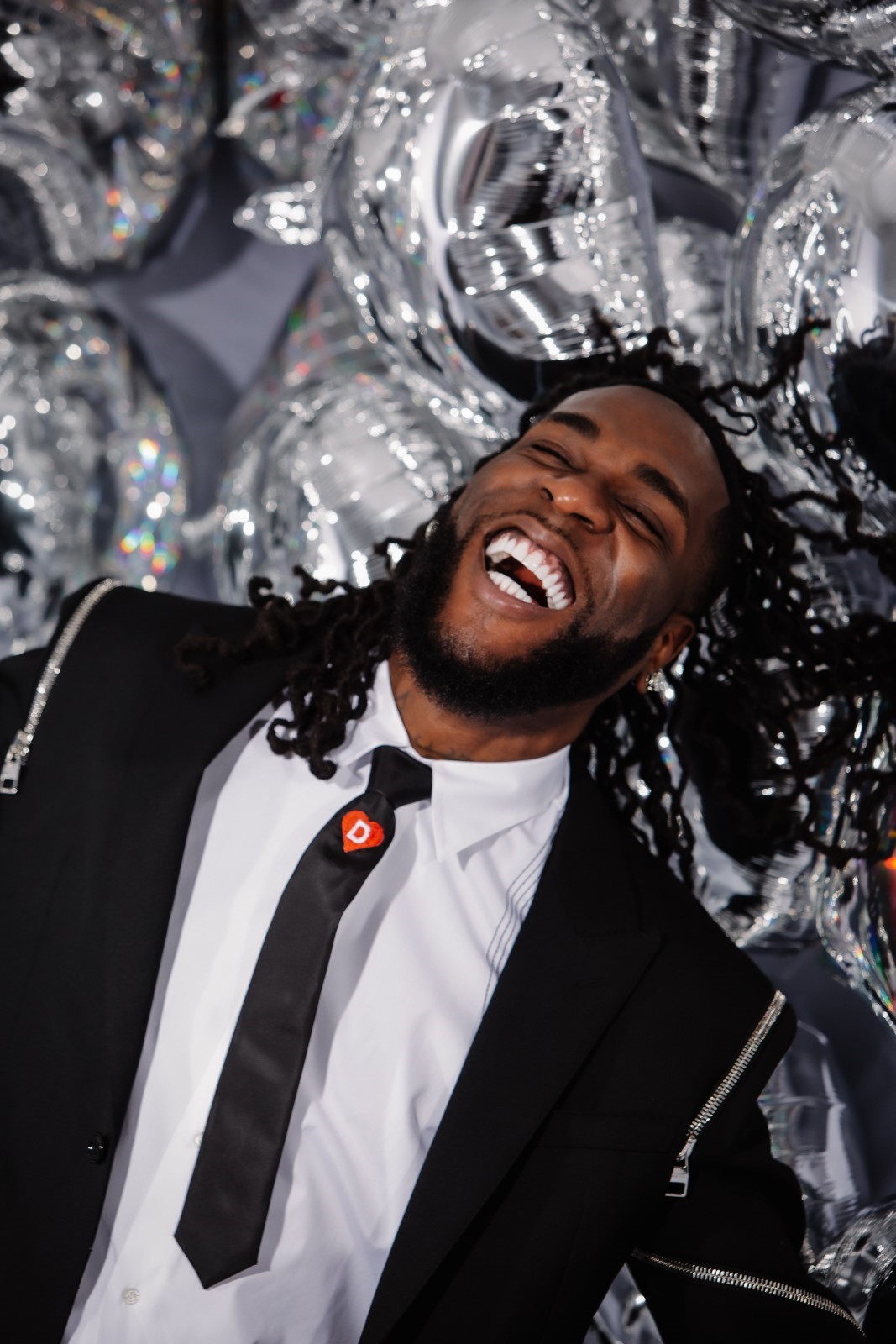 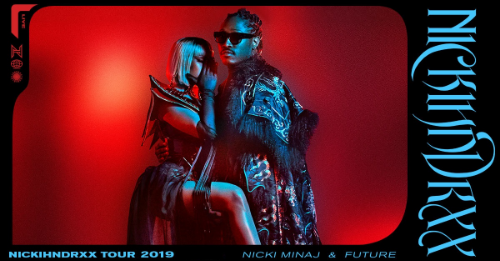 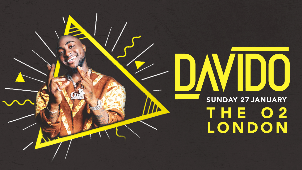 Davido Concert at The O2
Thank you for visiting Shoobs. By using the site you agree to our privacy policy and our use of cookies. Got it